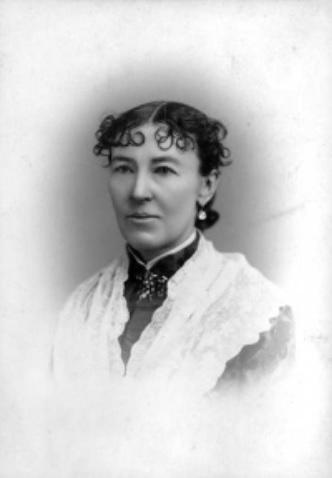 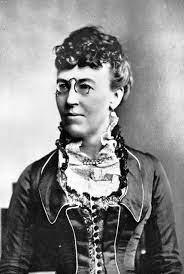 In 1859 gold was discovered at the confluence of two mountain creeks in Colorado, sparking a gold rush that brought thousands of rugged souls looking for a quick fortune.  It was a time of lawlessness and daring – the land wasn’t a part of the United States and the feeling was that it was all there for the taking by whichever entrepreneurial person got there first.  Those heading west for California found it easy to stop at the base of the great Rockies after crossing the enormous plain states.

Two of those people were the Tabors, Horace and Augusta, travelling by oxen cart from the state of Maine bypassing the entire eastern part of the United States.  Horace went on to become on a state senator; lieutenant governor; and the owner of so many millions of dollars in mining interests the press dubbed him the “Silver King”.  His most famous mine, “The Matchless” produced $2,000 per day in 1879 dollars.  His story was a typical American boom and bust story.  The fortune grew exponentially from the time he got a stake in a successful mine, through real estate deals that built Leadville, and later on, the capital city of Denver. The Silver Panic and the extinction of his mines sealed his fate as his fortune went “bust”.  The personal story itself was made for Hollywood when at the height of his power, he divorced his wife Augusta and married a much younger dance hall girl named Baby Doe.  Baby Doe and Horace tend to get the press nowadays, as they did in their own time, but it’s always true that when you scratch the surface of a story you’ll find characters jump out with a point of view of their own.

Augusta Pierce was born in Augusta, Maine in 1833 to a well off upper middle-class family with ten kids – seven girls and three boys.  Her father owned a contracting business and hired Horace Tabor as a stonemason contractor.  Augusta was 20 when they fell in love and courtship began.  There must have been no mystery that they were destined for an unusual life, because as soon as they were engaged Horace set off 1,800 miles to homestead a 160 acre farm as part of an anti-slavery movement to settle Kansas.  She soon joined him, but after two years in Kansas they didn’t like their prospects and set off for Colorado when gold was discovered.  In an ox drawn covered wagon with two other men and their 16 month old son, Maxcey, they arrived in Denver.  Nothing about traveling was easy in those days and even the cattle needed to rest.  After a couple weeks in booming Denver they decided to move into the mountains near present day Central City where access to a mining camp would bring them in proximity to the people, information, and supplies they would need to further their dreams.

Augusta had her journal to keep her company as the men left her to man the camp while they found a claim to stake. “Twelve miles from a human soul save my babe.  The only sound I heard was the lowing of the cattle, and they, poor things, seemed to feel the loneliness of the situation.” The men returned in a few weeks and everyone packed up camp to move to the new mine.  “Ours was the first wagon through and I was the first white woman there, if white I could be called, after camping out three months.”

She made herself busy by opening up a store.  By baking bread, making meals, and selling milk from the cows she brought from Kansas the store became very profitable and popular.  The money earned helped see the Tabors through as Horace and his partners still had no luck finding their fortunes beyond some gold dust that helped to establish a more permanent location for Augusta’s store.

While her small son was underfoot she made more money the summer of 1861 than the mining did.  It seemed that mining wasn’t Horace’s talent.  She even arranged the transport to Denver of the gold dust they did find by carrying it herself.  To trick the ever-present highway robbers she had a decoy amount of gold in her purse and the rest sewn into the under layers of her skirt.

More years went by and they moved from town to town enduring harsh weather, smallpox outbreaks, and a lack of genteel society while Horace mined and Augusta opened shops in each town.  Each store bigger than the last.  In Leadville, Horace started to get into politics and was appointed Post Master while Augusta ran the post office. All the while she was raising their son Maxcey to adulthood without running water, electricity, or a steady school system.

In 1877 silver was discovered and Leadville went from a camp of 300 people in tents and log cabins to an official city with a population of 15,000 in only one year. Of course, Horace was elected Mayor.  It was clear that Leadville was booming and the Tabors were leading the way.  Roaming around town was a young Molly Brown who gained fame many years later by not sinking with the Titantic and a young Jewish miner, Meyer Guggenheim, who went on to earn his multi-generational fortune with a start in silver mines. There was even an opulent Opera House, built by the Tabors, that drew in top talent such as Oscar Wilde.

During this boom the Tabors lent three prospectors supplies in exchange for a third of what they found.  These three “struck it rich” and Horace immediately bought them out of their shares.  This mine netted the family $500,000 in a matter of months.  Augusta, however, continued to keep boarders and run the stores.

She was the grand dame of Leadville and was respected for her hard work and the ties she had to the work of the city.  But Horace was elected Lieutenant Governor of the State and he was ready to move to Denver and give up the hard work of mining.  Horace won out and they moved.

Once in Denver they continued to accumulate wealth and Augusta was increasingly uneasy with it.  A woman who had made her name running successful businesses and working elbow to elbow with employees who had a common goal had no reason to love a new life of social calls and society gatherings.  Horace bought a $2,000 carriage for her and her reaction was “La, if we only had the money that is in that carriage when we began life.  I suppose Mr. Tabor’s and my souls are of more value than they were a year ago?”

Truly the marriage had gone sour. After multiple public affairs with women from New York City, Chicago, Denver and Leadville, Horace settled down with the local Baby Doe and the rest became tabloid history.  He divorced Augusta (although she never accepted it) and, now a US Senator, invited the President of the United States to his wedding.  Denver society was split on how they felt about the matter but there was no doubt what the people of Leadville thought.

Augusta’s hard work ethic persisted with her son Maxcey who went on to grow and run the luxurious Brown Palace Hotel in Denver.  She was given little to nothing in the divorce (common for the time) but reinvested what she had to once again grow a living for herself through real estate.  She died comfortably in bed on the opposite end of the country from where she began life in Pasadena, CA at age 62 with a fortune of $1,500,000.  Horace lost much of his fortune in the Silver Panic of 1893 and passed not long after Augusta.  Baby Doe spent what money was left and froze to death an old lady in a cabin at the Matchless Mine.  She was found covered in some of her favorite furs from better years.

Augusta said of their marriage:

“I feel that in those early years of self-sacrifice, hard labor, and economy, I laid the foundation for Mr. Tabor’s immense wealth.”

Most tellingly, she also wrote in her journal of that first, hard year camping on their first stake, “I was very happy that summer.”

Ashley Carollo is not a historian; but has spent the Pandemic lockdowns indulging her life-long history bug by freelancing, working on public history projects, and ‘homeschooling’ her two daughters with as many documentaries as they can stand.

She holds an undergraduate degree in European History and an MA in Public Administration.  Her career has been in fundraising and grant writing for various non-profits and local governments, but she has a very vivid memory of announcing she was going to be a historian in the 5th grade.  Perhaps the adults laughed….but, anyway, her career took her elsewhere.

She lives north of San Francisco, CA in California Wine Country with her husband, children, and dogs after living life in much of the western part of the US; including Colorado, Washington, and Texas.

If the pandemic lasts much longer there may be a novel in her yet.  At the very least, she is determined to finish her first quilt.