Shortly after her brother was born, her parents passed away and she had to fend for herself and her brother. According to the legend, she became a pirate after the death of her farther so she could learn to steal. This way, she could provide for her brother, as well as her gang of hundreds of pirates, and of course herself.

In the year 1656, Jacquotte and her priate-gang conquered a small island in the Caribbean called ‘freebooter republic.’

While at sea, the pirates spent their time eating, playing, filling canons with gunpowder and robbing fleets of Spanish ships. The island the pirates live on was secret. 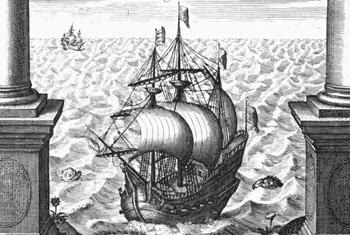 For Jacquotte, being a pirate wasn’t easy, though. Back then, most people thought that only men could be pirates. As a consequence, the government was after her, as well as her rival buccaneers. She was so determined to be a pirate that she even faked her own death and went into hiding! Jacquotte took on a male alias “Jac”, and she also gave herself a new name. Alas, the disguise only lasted a couple of years – no one male pirate had hair as red as hers! When she returned to piracy, she was given the nickname “Back from the Dead Red.”

She had a friend who was a pirate as well. Her name was Anne Dieu-le-Veut. Anne was married and had two children. Sadly, her husband passed away in a fight. After that, she joined forces with Jacquotte, and together they became the most feared pirates in the Caribbean!

Pirates speculated that Jac was a mother of a daughter called Dinah.

Jacquotte died several years later, in the late 1660s. She died in a shoot-out while defending her island. After her death, her story was passed on through generations and was told by both men and women.

My name is Leni.

I like history because I enjoy finding out about traditions that go back centuries. I like learning about cultures that started even before the 1600s. I find it fascinating how people, such as stone agers, coped with difficult circumstances.